What Are Reasonable Spans of Carriers made of Various Materials

General arrangement and use of a carrier

At this part a simple method is presented for finding out if a carrier that is loaded with a weight at its middle has a reasonable span or not. For this purpose some simple calculations have to be performed. The presented type of loading is chosen because it is the most common loading type in constructions.

In figure 1 one can observe the carrier with a circular cross-section and a load at its middle in form of a sand bag . The carrier edges are supported through brick walls on which they are fixed.This type of loading would also take place if a link of the roofing is placed at the middle of the carrier or if a second floor is build upon the carrier

Figure 1: A common carrier having circular cross section, being supported from brick walls and loaded with a sandbag at its middle

For reasons of simplicity one can redraw figure1 so that figure2 results. The carrier is now a thin line. The supported edges are drawn as triangles on the brick wall. Drawing the carrier this way allows to focus more on the important values such as the carrier span and the loading drawn here as an arrow. 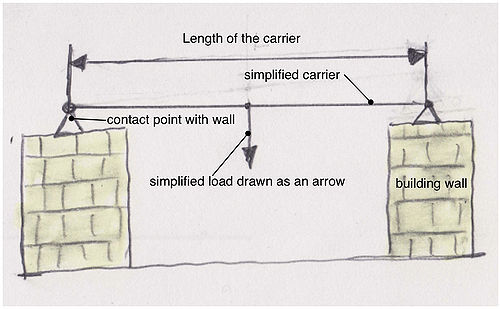 Figure 2: Changed figure of the previous carrier to simplify the problem

Three Main factors influencing the allowable span of a carrier

After having drawn the problem in a more simplified way, the important question that arises is, on which factors does a reasonable carrier span finally depend? The answer is that the allowable span of a carrier depends always on three very important factors:

+ The material factor and thous on its material (for instance steel, wood or reinforced concrete)

+ The load application factor and hence at which point the load is acting on the carrier (e.g. is the load in the middle of the carrier or at an other point. Are there several loads acting upon it or not.)

Remember: NEVER use for a carrier concrete or similar brittle materials without reinforcement! The possibility that it will collapse is almost certain!

Using the dimensions of the cross section geometry one gets a single value which forms the geometry factor (In engineering this factor is called section modulus and is also related to the area moment of inertia). For instance 120 cm^3 in which cm^3 is a unit of measure for this factor (like meters or hours would be for length and time). Since the calculation of this factor is difficult and time consuming tables are given for the most common cross-section geometries as can be seen in table1 highlighted with green. The detailed explanation on how the geometry factor is calculated can be found on Wikipedia: area moment of inertia.

Figure 3: An overview of the most common carrier cross-sections 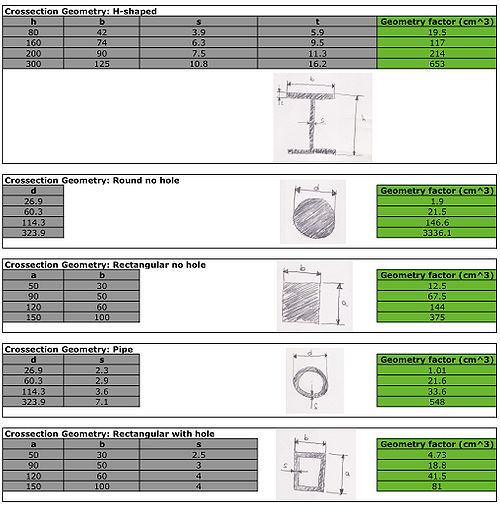 Table 1: Some examples for the geometry factor highlighted with green (in cm^3)

Notice that from the above mentioned cross-section geometry's the best choice concerning the weight of the carrier and its resistance to the loading in our case would be to use the "H-shaped" cross-section as for instance one can find in railroad tracks. Never the less it is more probable that you will have available tree stems or wooden carriers with round or rectangular cross-section that also do the job very good.

As you may have experienced yourself every material has a certain strength. For instance if you take two rods of the same diameter one of wood and one of metal you will see that to brake the wooden rod in half would need much less effort than the metal rod. This shows that exactly the same carrier made of metal will for sure be able to resist to a much higher load than a the wooden one. This phenomenon is described using a certain number for each material (called yield stress). For instance for metal a value of 200 MPa is a comon value. MPa is a unit to measure this phenomenon (like meters or hours would be for length and time). A perfect reference for the values of the different carrier materials can be found under the site Wolfram aplha

For instance for all kind of wooden carriers: values of the material factor (tensile strength) for wood. For Steel one can take a value of 200 MPa for cast Iron and aluminum a value of 100 MPa. Notice that the calculation of a reinforced concred carrier is more complicated this is why it is omitted at this point.

As we have shown in the above example the load is applied in the middle of the carrier. Never the less if it would be possible to apply the load instead of one point in the middle at several point of the carrier there would be a big benefit. Since distributed loading leads to smaller loads in the inside of the carrier and allows so higher spans. For the case of the sandsack this would mean that more ropes have to be applied or for the case of a roofing several vertical links would be needed. For most cases the load factor can be taken as 0.31

Is finally the span reasonable or not?

Remember: A calculation is made so that some addtional safty for the construction is provided. This does not exclude collapse due to other external factors. Its is therefore of big importance to alway keep on eye on the construction and its state. The best thing that could be done would be to make a test by hanging a load of about the one that is expected finally under the condition that no one could get hurt so that one can be confident of the stability of the construction

In the following table some examples of different carriers loaded as seen in figure 1 are presented. 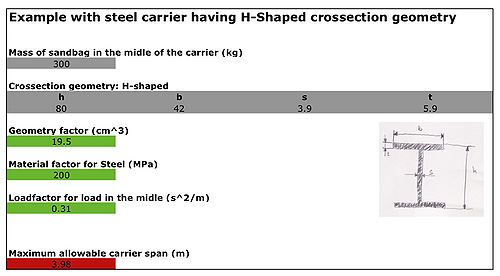 Figure 5: Calculation of a reasonable span for a H-shaped cross section geometry

From figure 5 it results that a H-shaped carrier having the given geometry and made of steel should not exceed 3.98 meter when loaded with a sandbag of 300Kg at its middle.

Figure 6: Calculation of a reasonable span for a round cross section geometry

From figure 6 it results that a round carrier having the given geometry and made of would should not exceed 1.99 meters when loaded with a sandbag of 30Kg at its middle.

to be CONTINUED........ Notice: The author accepts no responsibility for the safety of a construction or the correctness of the article